Ernie Reyes was introduced as the new head women's soccer coach on Dec. 20, 2022.

Prior to arriving at San Diego Miramar College, Reyes served as the head varsity girls' soccer coach at Mount Miguel High School. A position he held since 2018.

In 2022, Reyes led the Mount Miguel Matadors to their first CIF championship, posting shutouts in every game throughout the playoffs. Reyes also garnered 2022 NFHS Southern Section Girls Soccer Coach of the Year. Reyes has placed various student athletes throughout his time in many different collegiate programs around the country.

Reyes played Division I soccer at San Diego State University from 2014-2018. He logged 50 matches for the Aztecs over his tenure, scoring 2 goals, including a double overtime win vs. the University of Pacific in the 2015 season as well as earning Man of the Match honors multiple times throughout his career.

In his youth, Reyes was a 4-star recruit on Top Drawer Soccer and competed for San Diego Surf Academy and was able to earn trials with Palmeiras in Brazil, Tijuana Xolos in Mexico and TSV 1860 Munich in Germany. 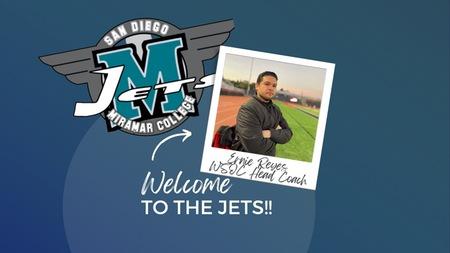