Assembly Bill 927 eliminates the 2026 sunset date on 15 existing baccalaureate degree programs and opens the door to as many as 30 new bachelor’s programs per year at any of the state’s 116 community colleges. The bill was sponsored by the Chair of the Assembly Higher Education Committee, Jose Medina (D-Riverside).

“I am grateful to the Legislature and Governor Newsom for supporting this significant bill that will go far in making baccalaureate degrees affordable, accessible, and applicable to many California students,” said Assemblymember Medina. “I am honored to have continued the work of Senators Marty Block and Jerry Hill in solidifying the baccalaureate degree programs at community colleges.”

A recent study by the Public Policy Institute of California (PPIC) identified the need for more than 1 million bachelor’s degree holders in California in the coming decade, especially in critical workforce fields. The PPIC found that, in order to keep up with the demand for a college-educated workforce, the state would need to increase the number of bachelor’s degrees awarded by 40%.

The bill establishes a process for the California Community Colleges Chancellor to consult with and seek feedback from the California State University and University of California systems on proposed baccalaureate degrees and would require individual districts seeking approval to provide evidence of unmet workforce needs.

The baccalaureate degree pilot program was established when Governor Jerry Brown in 2014 signed Senate Bill 850, sponsored by then state Senator Marty Block. The bill allowed 15 colleges to offer bachelor’s degrees in specific workforce fields. The program was set to end in 2023, but subsequent legislation from state Senator Jerry Hill extended the program’s sunset date to July 2026.

“This is a historic decision that sets a bold direction for California’s 116 community colleges, enabling them to meet the workforce needs of local communities in an accessible, affordable, and high quality manner,” said Carroll, who recently retired after serving 17 years as chancellor of the San Diego Community College District. “We in the community college baccalaureate coalition are grateful to Assemblymember Medina and Governor Newsom for placing California in the list of the 25 states that authorize this function for their community colleges. This is a great decision and a win-win for students.”

The California Legislative Analyst’s Office has found that more than half of students surveyed would not have pursued a bachelor’s degree if their community college program had not been offered. Approximately 60% of students enrolled in a community college baccalaureate program come from communities of color and disadvantaged backgrounds and are paying a little more than $10,000 — a fraction of what it would cost them at private institutions. 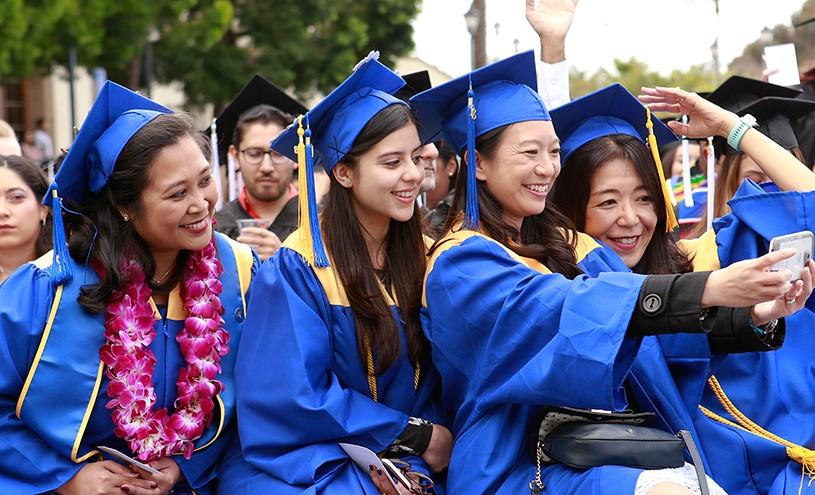