2008 USA Olympic gold medalist Ryan Millar, one of the greatest middle blockers the United States has produced in the sport of volleyball, is joining the Miramar men's volleyball coaching staff as its first assistant coach.

Millar brings an incredible background in the sport, both as a player and a coach to the program. Millar's playing career stretched 15 years as a member of the USA Men's National Team. Included in those 15 years are three Olympic Games: Sydney 2000, Athens 2004, and Beijing 2008. Millar and his teammates captured the gold medal in 2008, Team USA's first gold in men's volleyball in 20 years. He was also USA Volleyball's Indoor Male Player of the Year in 2007. Millar also played professionally overseas for 12 years, in Italy, Turkey, Poland, and Russia, capturing two championships in that time. As a collegian at Brigham Young University, Millar was a four-time NCAA All-American, and the NCAA Player of the Year in 1999 when he and the BYU Cougars captured an NCAA national championship.

Millar's exploits as a coach include his time as interim co-head coach at BYU during the 2007 season, preceded by a season as an assistant coach with the Cougars in 2006. Under his tenure, BYU men's volleyball would produce a 24-6 record in 2007. Millar would return to Team USA after the 2007 NCAA season, and as such his candidacy for the head coach's position was withdrawn. Millar also ran his own series of volleyball camps, the Next Level Volleyball Camps, for 15 years.

"I am extremely excited for Ryan to join our program," said Jets volleyball head coach John Landicho. "The experience he will bring to our program and our players is tremendous. I'm looking forward to Ryan taking our program and our players to another level, as he views Miramar men's volleyball thru his eyes and lets his experience shape and better who we are. I'm especially excited for our middle blockers - to be trained by the guy for whom Off The Block's National Middle Blocker of the Year award is named after, there can't be a much better learning experience than that!"

Recently relocated to San Diego, Millar will be with the team off and on in the fall, before joining the team for its 2022 season in January. 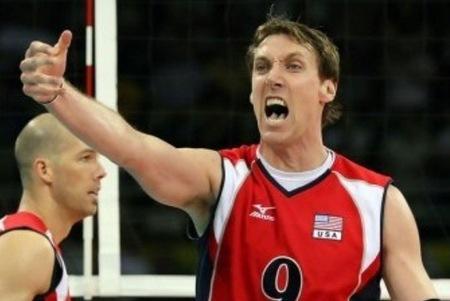